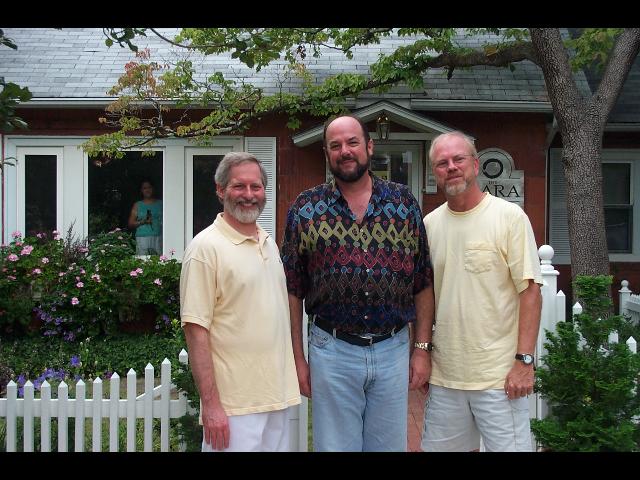 “I WAS A SPIRITUAL SEEKER FOR MANY YEARS and had been with really, really great gurus and teachers. I had received tremendous benefit from them on many levels. And then after reading Wayne Liquorman’s first book, No Way by Ram Tzu, we invited Wayne to our center. I thought he would be a very interesting and amusing teacher, but did not expect him to have too much impact, especially with me. What I didn’t know was that outside my conscious awareness I had been building up critical mass around a certain essential issue of life and Wayne would be the one who dropped the feather that would bring everything tumbling down.

During one of his satsangs at our center, then known as The Hara Foundation, Wayne said something like, “If you are really authoring your life, wouldn’t you be doing a better job of it? Wouldn’t you always be happy, healthy, wealthy, successful, enlightened and in love? Well, wouldn’t you?”

Simple enough statement. Certainly something to be considered and looked at. But at that moment, I had reached the tipping point. Critical mass had been reached. I had a powerful satori, perhaps the most profound revelation of my life. I saw beyond a shadow of a doubt that “I,” as an apparent separate self, am not authoring “my” life or any aspect of my life. “I” am powerless. That whatever “I” have clearly has been given to me. Including whatever powers and abilities “I” imagine I have.

Is this also true for you?

Although this was seen very clearly at the time, it took several years for the repercussions to fully filter down. I didn’t speak about it for awhile because it was so clearly seen that it seemed obvious that everyone knew this.

How could it be otherwise?

If you still have the idea that you are the author of your life, then lets try a simple experiment. Stop thinking right now for one minute. No tricks, methods or techniques like hitting yourself on the head with a hammer or sniffing ether. Using only your “free will,” which you claim to have, stop thinking right now for one minute. How hard can this be? That means the voice in your head that is always talking to you is completely silent for one minute. It isn’t saying something like, “I got this, this is a piece of cake,” or “see, I’m not thinking right now. Not a bit.” That voice is so familiar that most people do not even notice it yapping at them all of the time because that voice in their head is what they think they are.

If the voice stops, “they” disappear.

There is only silence. Pure awareness. No internal commentator.

Give it a try. One minute. Be honest. How hard can it be to completely stop thinking for just one minute?

IF you have free will and are not being lived by an animating power that is authoring you and your life.